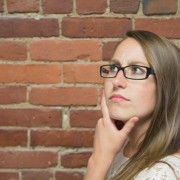 We’ve written about math anxiety on this blog before—how it can be brought on by early negative math experiences and, more recently, its link to genetic factors. Research says math anxiety can lead to a decrease in working memory and that girls taught by a female teacher with high math anxiety are more likely to endorse gender-related stereotypes about math ability. (The same is not true for boys.)

But what does all this mean for the math classroom? What can teachers do to combat math anxiety, whether or not they have it themselves?

Psychology professors Sian L. Beilock of the University of Chicago and Daniel T. Willingham of the University of Virginia have some ideas. Writing in the latest issue of American Educator, a publication by the American Federation of Teachers, they offer recommendations based on their research, including: 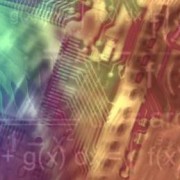 Even those suffering from math-related anxieties or phobias cannot escape its everyday presence in their lives. From home to school to work and places in-between, math is everywhere. Whether using measurements in a recipe, or deciding if half a tank of gas will make the destination, we all use math. It is a good idea, therefore, for teachers and parents of reluctant math learners to use real world examples to ignite a spark of practical interest.

END_OF_DOCUMENT_TOKEN_TO_BE_REPLACED 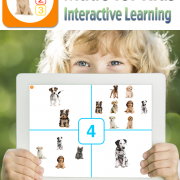 According to the Children’s Hospital of Colorado, the average attention span that preschoolers need to succeed in school, especially when they reach kindergarten, is fifteen minutes. Growing and developing that attention span can take some practice. Often, children under the age of four lack the emotional skills to be able to concentrate on any specific task for extended periods of time. One tip to help with this is to not over-stimulate them. Present your child with one task at a time. Do not overwhelm them with too many options at once. Remove the outside distractions and encourage them to focus on the task at hand.

Keeping the attention span of a preschooler can be hard work.

You need something visually interesting, something that will engage them and keep them interested. So when you sit down to teach your preschooler how to count to ten, a simple pencil and paper just won’t cut it. Kids educational apps can help with this task.

Nowadays, kids are in front of screens more than ever. The colors and animations are stimulating and engaging. Have you ever noticed how easily a preschooler can get lost in an episode of their favorite cartoon? They’re mesmerized by what’s happening on the screen. So when it comes time to learn the counting sequence up to ten, why wouldn’t you want something just as mesmerizing, such as an educational kids app? An app such as, 10 Puppies!

10 Puppies is an interactive, talking, educational app available for download on the iOS platform. Available for both the iPad and iPhone/iPod Touch, 10 Puppies will maintain your child’s interest as they not only learn the counting sequence, but also learn to distinguish and identify corresponding numbers.

Educational apps for kids, such as 10 Puppies, are leading the way as new educational tools available at your children’s fingertips. With its interactive features, voice narration and colorful interface, 10 Puppies, and apps of the sort, will help stimulate your child’s mind as well as keep them entertained. Win-win! 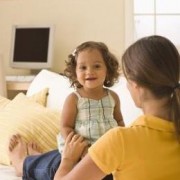 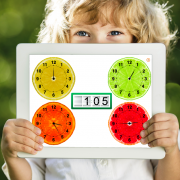 “My toddler has discovered my iPad, and now she loves playing with it. Should I feel guilty about letting her use it? Or are there benefits of iPads for toddlers?” 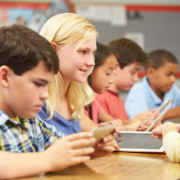 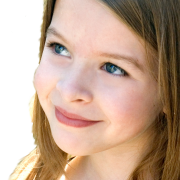